Alone With The Holmes 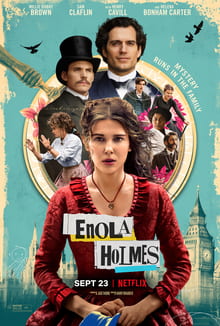 Everyone remembers the famous Sherlock Holmes, but what about his sister? Sherlock had two siblings Mycroft and Enola Holmes. This movie contains mystery and suspense with a dash of romance.

“Enola Holmes” follows a 16 year old girl in the 1900’s who hasn’t truly found herself. You may recognize her last name from the notorious Sherlock Holmes. While Sherlock and Mycroft Live their own lives in London Enola and her mother stay back until one day she goes missing. On Enola’s search she meets new friends and finds her true purpose in life while she makes her own path to follow.

Millie Bobby Brown really embodied the character known as Enola Holmes and her facial expressions truly showed her emotions. Her two brothers, Sherlock and Mycroft, are played by Henry Cavil and Sam Claflin who left me completely speechless. Henry had the wits and talents that Sherlock had and I felt like Sam was really connecting with his character, Mycroft, by his emotions and sudden changes in character. I feel like Louis Partridge who plays Tewkesbury didn’t get enough screen time to really feel the role for me.

I liked the storyline and dialogue in “Enola Holmes” because they brought the story to life and showed the true story of Enola. When Enola meets Tewbesbury on a train it should’ve been boring and just a filler scene, but the producers added action and snarky lines to make it appealing and adventurous to fit the movie. There really isn’t anything bad to note about the movie except for when Enola goes into a thinking state and pictures flash before your eyes on the screen. These scenes are a rare occurrence and only show up 4 or 5 times, but they’re still there and can get a bit confusing.

This movie teaches you to be true to yourself and make your own path in life. Enola Holmes is a girl who doesn’t know what to do in life, but turns out all she has to do is be herself no matter what because who she is, is extraordinary.

People with a love for mystery will fall in love with this movie, but don’t worry there’s a little something for you hopeless romantics as well. “Enola Holmes” is a PG-13 film that suits every age. This movie is great and overall an amazing experience to see.

I would give this story an A+ for the actors, storyline, and dialogue that truly bring this movie together and make it extraordinary. 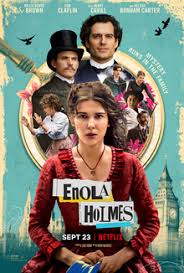 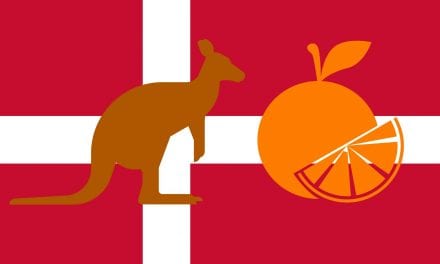 How to “Read” Someone’s Mind 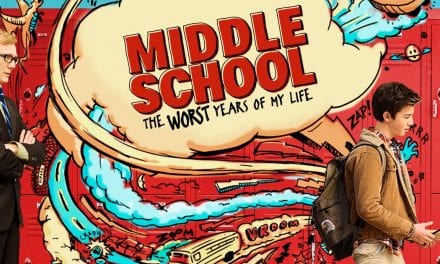 “Middle School: The Worst Years Of My Life”