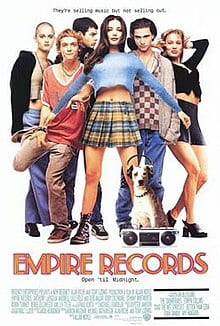 Empire Records is a movie I would enjoy watching anytime and wouldn’t get bored of. This movie includes different “stereotypes” of teenagers and how they all come together in one place.

This movie takes place in 1995 in a Record Store. Joe, the manager runs the store and with his tight knit group of employees. Lucas one of the employees hears the Record Store might go out of business, so Lucas decides to take all of the stores money and bet it in a game hoping to increase the amount. Instead he ends up losing it all, with this serious problem arising and the store struggling to survive,  all the employees including Corey, A.J, Mark, Gina, and Debra are all concerned with their own problems and Joe stressing out over the money this comedy movie has you laughing all the way.

Overall I think all the actors/actresses did a really well job, without each of the actors in the movie it wouldn’t have been phenomenal.  My favorite actress for sure was Liv Taylor who played the character Corey. She did a fantastic job on  showing how inexperienced teens can be and how they can act when they like someone. I think I related to Corey’s character the most because she would be doing her homework while working.

One thing I really enjoyed about the movie was how in the end of the movie it really shows how the manager and all the employees do care about each other even if they really have their differences. Joe really did see that his employees had to work things out with each other, but you can see that he truly cared about them.

I learned in this movie that all people have personal problems even the people that look like they have everything and their life is “perfect .” Some people can hide it really well that you really have no clue. In this movie there are two character just like this. One seems perfectly fine and the the other girl shows that she is going through a rough patch by her actions. This movie also shows you don’t have to be friends with one specific type of people.

I think many young people like in my age would like this movie. Kids under thirteen wouldn’t probably understand the movie. That’s why this movie is rated PG-13. I would totally recommend this movie to people. 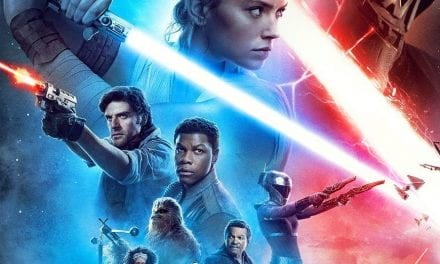 Was Star Wars the Rise of Sky walker a good movie

10 Movies You MUST Watch over Break 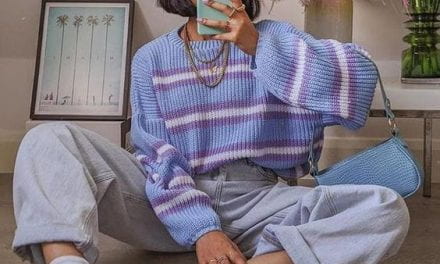